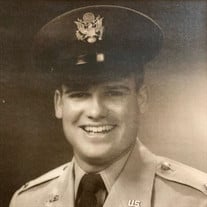 Jim was raised in Thomasville, Georgia where he graduated from High School in 1948. Although Jim was athletic, he was small, so he became a cheerleader in High School. A future grandson, Jack, would follow in these same footsteps as a cheerleader. Shortly after graduating and unable to afford college, Jim enlisted in the United States Air Force and served as a radar operator in Mississippi and Alaska. Jim eagerly responded to a pilot shortage during the Korean War and applied to flight school. After successfully completing basic pilot training Jim received his officer’s commission as Second Lieutenant in July 1953 thus fulfilling his ‘first major ambition in life’ as described in a letter to his son Jim Jr in 1999. Jim progressed through advanced pilot and jet training and described his first solo in a T-33 jet trainer as one of the most thrilling days in his life. Jim would go on to serve his country, mostly as a fighter pilot, until he retired in 1977 as a Colonel in Denver, Colorado. Jim flew the F4-C Phantom II in Vietnam in 1967 and 1968 twice earning the The Distinguished Flying Cross. Jim met life-long friend Forrest “Dutch” Kissinger early in his Air Force career. Dutch and Jim served together many places including Montana, Alaska, Vietnam, and Virginia. While in the Air Force and raising his family, Jim earned a business degree from Park College by attending night school. Jim initially put his business education to work after retirement as a stockbroker and then earned a master's degree in Business Administration from the University of Denver. Jim found his post-military calling in the Aviation & Defense industry at Martin Marietta where he worked until his final retirement. Jim generously shared his financial knowledge and resources with family and friends throughout his life. Jim’s determination to earn his family’s first college degree and appreciation for higher education drove him to insist the same for his children and encourage his grandchildren to strive for the same. Jim had recently learned that his youngest grandson, Matthew, will be attending the University of Wyoming in the Fall of 2021 successfully fulfilling Jim’s vision that all his children and grandchildren would attend college. Jim’s life was deeply enriched in 2007 when he married Shiranee. After marrying, Jim and Shiranee made a home together in Florida. Jim and Shiranee traveled together and cared and supported one another in what Jim described as some of the happiest days of his life. Among the many friends and family relationships during Jim’s life the Hardin family would like to acknowledge the special importance of Dutch & Polly Kissinger and their family and John & Marsha Larson who remained friends in the toughest of times. Jim stayed especially close to his brother, Buddy, and his mother Hattie Mae throughout their lives. In lieu of flowers Shiranee and the family request donations be made to the Tunnels to Towers Foundation on behalf of James T. Hardin by calling 718-987-1931; for reference Jim’s date of death was November 14, 2020.

Jim was raised in Thomasville, Georgia where he graduated from High School in 1948. Although Jim was athletic, he was small, so he became a cheerleader in High School. A future grandson, Jack, would follow in these same footsteps as a cheerleader. Shortly... View Obituary & Service Information

The family of James Theron Hardin created this Life Tributes page to make it easy to share your memories.

Jim was raised in Thomasville, Georgia where he graduated from...

Send flowers to the Hardin family.