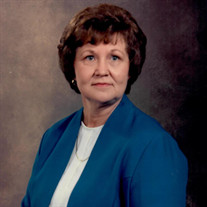 Lelia Marie Dekle, age 85, passed away on March 13, 2022 in Winter Garden, Fl. Graveside services for Lelia will be held on Saturday, March 19, 2022 at 2:00 pm, at Sunset Memorial Gardens with Rev. David Cook officiating. Lelia was born on December 12, 1936 in Ochlocknee, Ga, to the late Jackson Lipham and Eunice Reynolds Lipham. Lelia was a charter member of South Orlando Baptist Church and was retired from The Fund, where she worked as a mailroom clerk. She was married to James Donald Dekle Sr. who passed away on July 26, 1987. Lelia was a loving wife, mother, grandmother, and great grandmother and is survived by her daughter, Trina Dekle of Kissimmee, FL; son James Donald Dekle Jr. of St. Cloud, FL; daughter in law Robyn Dekle; grandson Chad Dekle; great grandchildren Hayden Dekle, and Cameran Dekle, and numerous nieces and nephews. She is preceded in death by her parents, daughter Donna Marie Dekle, sisters Geneva Smith and Reba Dekle, brothers J.T. Lipham and Freddie Lipham, and grandson Tyler Dekle. Her family will receive friends on Saturday March 19, 2022 in the Allen & Allen Celebration of Life chapel from 10:00 AM-1:00 PM.

The family of Lelia Marie Dekle created this Life Tributes page to make it easy to share your memories.

Send flowers to the Dekle family.