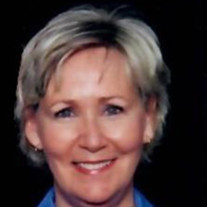 Marilyn Lowry Jefferson passed away on February 18, 2022 after bravely battling a lengthy illness. Born May 20, 1946, Marilyn was the middle child and only daughter of Mr. and Mrs. William Francis Lowry of Charlotte, N.C. Marilyn graduated from East Mecklenburg High School in 1964. She was an outstanding student and the first to be named both Homecoming Queen and Carousel Princess. Following high school, Marilyn attended Salem College in Winston-Salem, N.C. where she majored in mathematics and was selected as Chairman of the Student Judicial Council. She gradated with a B.S. in Mathematics. Following graduation, Marilyn and several Salem College friends moved to Denver, Colorado where she taught high school math. Following two years in Denver, Marilyn returned to the east coast and moved to Atlanta, Georgia where she worked for Aetna Life and Casualty. Shortly after her move to Atlanta, Marilyn met Fred Jefferson on a blind date. The two were married one year later. In 1975, Marilyn and Fred and their first daughter moved to Thomasville, Georgia where she quickly became involved in the community. Marilyn served on the board of the Thomas County Library, a Girl Scout Troop leader for two troops, a math tutor for the GED program at the Thomas County Technical School, Sunday school teacher, Deacon of the First Presbyterian Church and fearless adopter of the most unwanted dogs from the Thomasville-Thomas County Humane Society. Marilyn loved her bridge group, her book club, Garden Club activities and addressing wedding invitations with her beautiful calligraphy. She will be remembered for her unwavering kindness, love of hand-written personal notes, old-fashioned manners, gardening and most especially, her love for her family and friends. Marilyn is predeceased in death by her parents, Janelle and Frank Lowry. Marilyn is survived by her husband of 50 years, Fred Jefferson; her daughter and son-in-law, Laura and Jon Balch of Atlanta, Ga. and their three sons, Duskin, Harrison and Will; her daughter and son-in-law, Anne and Jason Sorrells of Charlotte, N.C. and their three children Jane Lowry, Lilly and Wade; brother and sister-in-law, Bill and Elizabeth Lowry of Charlotte, N.C.; brother and sister-in-law, Rick and Suzanne Lowry of Charlotte, N.C.; brother-in-law and sister-in-law, Sue and Bobby Jefferson of Thomasville, Ga.; sister-in-law, Anne Jefferson Schwoebel of Charlotte, N.C.; and multiple beloved nieces, nephews and Godchildren. In lieu of flowers, the family requests donations be made to First Presbyterian Church, 225 E Jackson Street, Thomasville, Ga. 31792 or the Thomasville-Thomas County Humane Society, 180 Big Star Drive, Thomasville, Ga. 31757. There will be a private family interment service followed by a public celebration of life at 11am on Tuesday, February 22, 2022 at First Presbyterian Church.

Marilyn Lowry Jefferson passed away on February 18, 2022 after bravely battling a lengthy illness. Born May 20, 1946, Marilyn was the middle child and only daughter of Mr. and Mrs. William Francis Lowry of Charlotte, N.C. Marilyn graduated... View Obituary & Service Information

The family of Marilyn Jefferson created this Life Tributes page to make it easy to share your memories.

Marilyn Lowry Jefferson passed away on February 18, 2022 after...

Send flowers to the Jefferson family.