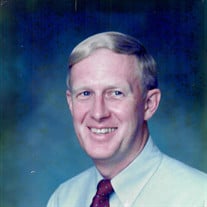 Milton Eugene Callaway passed away on November 17, 2020 at his residence in Thomasville, GA after an extended illness. He is survived by his wife, Frances, and is preceded in death by his parents, Ralph and Evelyn Callaway of Sylvester, GA; his brother, Wayne Callaway (Brenda) of Tifton, GA and a niece, Rebecca Strange of Huntsville, AL. Milton was born on February 17, 1940 in Sylvester, GA. He graduated from Sylvester High School in 1958 and then earned a Bachelor’s degree from Georgia Southern beginning a career in education teaching Math in Vidalia, Georgia. Within a year he was named principal of the elementary school in Vidalia. He later earned a Masters and a Specialist degree from Valdosta State University and served in various leadership roles including Assistant Superintendent before eventually serving as Superintendent of the Thomasville City School System. Following the role of Superintendent, Milton served as Regional Director and also served as Director of the Regional Educational Service Agency for the Georgia Department of Education. During his career, Milton was highly thought of by his peers across the state. Milton was known by many as a highly organized, task-oriented leader who was always “one step ahead” and was a role model for beginning school administrators. Always in charge, one of his sayings was, “We won’t be doing that.” Although he was a stern administrator, he was always kind and fair. Few people may have known the other side of Milton Callaway, who was extremely compassionate for those in need. He quietly and consistently helped scores of people “behind the scenes.” He had a sense of humor that could lighten a tense situation. Milton was a strong Christian who used his leadership skills as he served as the Chairman of the Fellowship of Deacons at First Baptist Church of Thomasville for multiple terms. He served on various church committees and led long-range planning efforts in the church. He was also active in the community as a Kiwanian and worked extensively with the United Way organization, among others. Milton was an avid sports enthusiast with a particular love for football, basketball, baseball, and tennis. Milton recruited the Thomasville High School coaching staff led by Mike Hodges, George Bobo and Tommy Welch, that won the 1988 State Championship in football. He was a frequent and highly competitive tennis player. He read every issue of The Sporting News from cover to cover. He will be missed by colleagues, family and friends. Extra special thanks goes to Amber Beamon and Andreal Robinson who were care-givers and virtually like family during his extended illness. A memorial service is scheduled for Saturday, November 21 at 11:00 a.m. at First Baptist Church of Thomasville. All are welcome to attend and celebrate Milton’s life. Guests should wear masks as a precaution, please. In lieu of flowers, donations may be sent to: First Baptist Church of Thomasville, P. 0. Box 2790, Thomasville, GA 31799 -or- St. Jude Children’s Hospital, 501 St. Jude Place, Memphis, TN 38105

Milton Eugene Callaway passed away on November 17, 2020 at his residence in Thomasville, GA after an extended illness. He is survived by his wife, Frances, and is preceded in death by his parents, Ralph and Evelyn Callaway of Sylvester, GA;... View Obituary & Service Information

The family of Milton Callaway created this Life Tributes page to make it easy to share your memories.

Send flowers to the Callaway family.