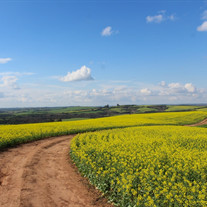 Ralph James “Buzz” Greene, III of Thomasville, GA died at his home on Thursday July 8, 2021. Buzz was the son of the late R. J. “Jimmy” Greene of Perry, FL and the late Virginia “Ginny” Mann Reddick formerly of St. Simons Island, GA via Perry FL. He was the grandson of the late Reverend and Mrs. Dewey Mann and the late Dr. and Mrs. R. J. Greene all of Perry, Florida. Buzz was born August 10, 1959 in Perry, Florida. He attended Marion Military Institute in Marion, AL and then went onto University of Montevallo, in Montevallo, AL, where he starred in college baseball. He will be inducted into the High school hall of fame. A couple of his many feats as a pitcher was pitching 5 no hitters and he had 24 strikeouts in 1 game, these landed him in the record books in the state of Alabama and Montevallo. He was also featured in Sports Illustrated. Growing up near and later living in Tallahassee he had a love for the Florida State Seminoles- which he was a lifelong fan. Buzz was an entrepreneur at heart, and an avid outdoorsman. He enjoyed life to the fullest while working the land and sharing his love for the wildlife with others. Preceded in death by both parents, Buzz is survived by his sister, Sallie Greene of Indiana, two nephews, Joey Secoy (Sarah) of Columbus, GA, Robert Secoy of West Virginia. his two aunts, Helen Mann Register of Hardeeville, SC and Betty Mann Hughes of Nokomis, FL, as well as many cousins. Buzz also left behind several lifelong friends, as well as many acquaintances. His lively and colorful personality will be missed. Services will be August 14, 2021 at 11am at Woodlawn Cemetery in Perry Florida across from Pace Stadium at the corner of Cherry and Center Street. A luncheon will follow to remember and honor him.

The family of Ralph "Buzz" Greene III created this Life Tributes page to make it easy to share your memories.