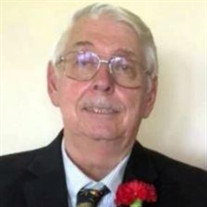 A funeral service will be held on Friday, January 28, 2022, at 11:00 AM at Heritage Funeral Home. A visitation will also be held on Friday from 9:00 - 11:00 AM at the funeral home. Heritage Funeral Home is assisting the family with local arrangements. A private burial service, with military honors, will be held in Thomasville, Georgia, assisted by Allen & Allen Funeral Home. Ronald Lee Beal, age 75, resident of Spring Hill, passed away on Wednesday, January 26, 2022, at his residence. Ronald was born on January 14, 1947, in Jacksonville, Alabama and was the son of the late Horace Davis Beal and the late Ottie Knighten Beal. He served in the United States Marine Corps during Vietnam where he was exposed to Agent Orange, which ultimately lead to his death from pulmonary fibrosis. He is survived by his wife, Karyl Chastain Beal, son, Ronald Patrick Beal (Monet), and siblings, Curtis Beal (Sue) and Earl Beal (Kathy). In addition to his parents, he was preceded in death by his daughter, Arlyn Maria Beal, and brother, Kenneth Beal. Pallbearers will be Earl Beal, Pat Chastain, Mac Balatico, Logan Jacobs, Morley Levine, and John Mills. Honorary Pallbearers will include Veterans from the Vietnam Breakfast Club: Greg Conroy, Ben Rinaudo, Les Bennett, Earl Schneider, and Malachias Gaskin. The family requests that in lieu of flowers, donations be made to the Tennessee Suicide Prevention Network. Donations may be made online or by check. Go to tspn.org and click the "Donate and Get Involved" button or the link below for directions. https://tspn.org/donate-and-get-involved/

The family of Ronald Lee Beal created this Life Tributes page to make it easy to share your memories.

Send flowers to the Beal family.