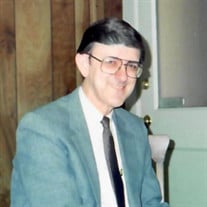 Thomas Jackson (Jack) Morse, Sr. grew up in Montezuma, Georgia, where he enjoyed drag racing with his friends on two-lane bridges, playing the drums in a jazz band, hunting doves and crows, and practicing his quick draw with his single-action revolver. It was in Montezuma, too, where he developed his yo-yo skills, helped run his father’s candy business out of the back of a step van, and discovered the fact (which must have astonished himself more than anyone) that he was in possession of a powerfully resonant speaking voice, which he honed as a DJ at a local radio station. In a thesis for his broadcast journalism degree from the University of Georgia, he wrote, “Every voice, in public speech and in conversation, is replete with cues that lead us to know what sort of person the speaker is. Good voices carry conviction; if the voice is pure, melodious, and strong, we will have faith in the speaker.” Jack’s voice was pure, melodious, and strong, and he used it throughout his life to inspire faith, both as an attorney and as a narrator for dramatic productions at First Baptist Church. Jack loved to help people; loved to express his Christ-like love for others. He was devoted to his family, his wife Phyllis Silcox Morse, and his sons, Thomas Jackson Morse, Jr. and David Lawrence Morse, and for years loved nothing better than to go camping with them on weekends at Wingate’s Lunker Lodge on Lake Seminole, where he relaxed by frying bacon and eggs in the morning and telling corny jokes well into the evening. He passed away at home on January 19, 2021, in the company of his family. He was interred at Laurel Hill Cemetery, a block from his beloved home of 46 years. In lieu of flowers donations may be made to Halcyon Home at 604 E. Clay St. Thomasville, Ga. 31792 or to Thomasville-Thomas County Humane Society at 180 Big Star Dr. Thomasville, Ga. 31757.

Thomas Jackson (Jack) Morse, Sr. grew up in Montezuma, Georgia, where he enjoyed drag racing with his friends on two-lane bridges, playing the drums in a jazz band, hunting doves and crows, and practicing his quick draw with his single-action... View Obituary & Service Information

The family of Thomas Jackson Morse created this Life Tributes page to make it easy to share your memories.