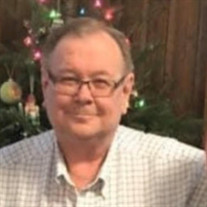 Services for Thomas Kenneth Sculley will be held on Sunday, June 05, 2022 at 3:00PM at Laurel Hill Cemetery in Thomasville, Georgia. David Cook will be officiating. Thomas Kenneth Sculley passed away on June 01, 2022 at Archbold Memorial Hospital with his family by his side. He was born on September 22, 1953 in Thomasville, Georgia to the late Thomas E. Sculley and Elenora B. Sculley. Thomas Kenneth was better known by many as “Ken” or “Kenny”. Ken graduated from Thomasville High School in 1971. After graduating he attended Georgia Tech University in Atlanta, Georgia. This was a dream of Ken’s since he was a young boy. Ken was apart of the Phi Kappa Theta Fraternity from where he made several life-long friends. Later, he and one of his friends, Bob Lamar, went into the restaurant business together in Atlanta, Georgia where they owned and operated a sandwich pub restaurant for many years. During their time of being in business, the restaurant was known as “Stevarinos” and “Sculley’s Pub” at one point. After Ken’s journey in the restaurant business, he worked with Disney On Ice in which he traveled throughout the United States. In 1993, Ken moved back to Thomasville, Georgia to be closer to his family. During that time, he began working at Tom Horne Supply Co with his brother while finishing his college career at Georgia Technical College in Computer Programming. In 2009, Ken and his brother Ronnie, were given the opportunity to become business partners together in which they became the owners of Tom Horne Supply Co. in Thomasville, Georgia. Ken is survived by his brother, Ronnie Sculley (Leanna) of Thomasville, Georgia; Nephew, Bryan Sculley (Chelsea) of Thomasville, Georgia; Nieces, Kristen Sculley (Travis) of Thomasville, Georgia, and Stephanie Burgess (Dalton) of Tallahassee, FL; Friend of Many Years, Pam Morris of Thomason, Georgia. He is preceded in death by his parents, Thomas E. Sculley and Elenora B. Sculley. The family of Ken Sculley would like to thank everyone apart of his caretaking team at the Presbyterian Home in Quitman, Georgia for the exceptional care Ken received during his time of being a resident. In lieu of flowers, donations can be made in remembrance of Ken to Presbyterian Homes of Georgia PO Box 926 Quitman, Georgia 31643.

The family of Thomas Kenneth "Ken" Sculley created this Life Tributes page to make it easy to share your memories.

Services for Thomas Kenneth Sculley will be held on Sunday, June...

Send flowers to the Sculley family.