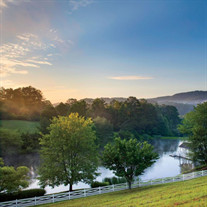 William Melvin Clanton (92) joined his Heavenly family on August 9, 2020. He was born 21 May 1928 in Sherman, Okeechobee County Florida to Daniel Davis Clanton and Mamie Lee (Melvin) Clanton who pre-deceased him. He was also pre-deceased by his wife of 56 years, Mary Carolyn (Mobley) Clanton; a son, Walter Melvin Clanton; a grandson, Lucas Anthony Joiner; a great-granddaughter, Charly McLain; a brother, Daniel Davis Clanton, Jr; a sister, Helen Louise (Piechotka); sister, Dorothy Lee (Ruse); and sister, Betty Jean (Robertson). Survivors include 7 daughters: Lorna Rhinehart (Chris) of Winter Garden FL, Julia Joiner (Lem) of Ochlocknee GA, Darleen Clinkscales (Lawrence) of Thomasville, GA, Mary Ellen King (Chip) of Thomasville, GA, Jean Lea Duren (Mark) of Lake City, FL, Sherryll Brue (Jeff) of Ochlocknee, GA and Lisa Hopkins (Geoff) of Live Oak, FL. 7 sons: Mark Clanton (Crystal) of Winder, GA, Michael Clanton (Melissa) of Thomasville, GA , Alan Clanton (Lexie) of Mesa, AZ, Jared Clanton (Tara) of Mapleton, UT, Aaron Clanton (Wendi) of Grovetown, GA, Adam Clanton (Dena) of Leesburg, GA and Eli Clanton (Cristie) of Cumming, GA. by 2 brothers: Robert Darrell Clanton (Nancy) of Springville Utah, and Nephi Pratt Clanton (Rosanna) of Pensacola Florida. 57 grandchildren and 55 great-grandchildren. He served as a missionary for the Church of Jesus Christ of Latter Day Saints from 1950 - 1952. Bill served in the Air Force from December 1953 – December 1957, during the Korean War. He worked in the Dental Lab, Prosthetics Field, while in the Air Force. Bill loved sports and played softball on the City League, sponsored by the Paper Mill, where his Dad worked. He also played on a volunteer Basketball team while in the Air Force. He loved fishing as a young boy, and told many stories of a family friend taking him fishing out in his boat. He married Mary Carolyn Mobley on June 29, 1956. He served in many callings in church, including Branch President, Sunday School President and Clerk. He loved to read and study the scriptures, as well as share his knowledge of His Savior with others, especially his family. He will be greatly missed by his family, but we know he is rejoicing with those who have gone before him. He will have a private graveside service that can be viewed after the service at www.allenfh.com.

William Melvin Clanton (92) joined his Heavenly family on August 9, 2020. He was born 21 May 1928 in Sherman, Okeechobee County Florida to Daniel Davis Clanton and Mamie Lee (Melvin) Clanton who pre-deceased him. He was also pre-deceased by... View Obituary & Service Information

The family of William Melvin Clanton created this Life Tributes page to make it easy to share your memories.

Send flowers to the Clanton family.