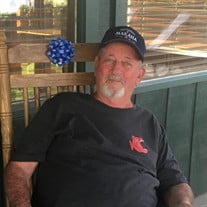 William Michael “Bill” O’Connell, age 78, of Thomasville passed away on April 9, 2022, at his home. He was born on December 8, 1943, in New York, NY to the late Michael and Alice O’Connell. Bill was a graduate of St. Francis College in Brooklyn, NY where he majored in English. In 1989 Bill and his loving wife Margaret moved to Hawaii which was a dream of his and they went on to own and operate Cascana Construction for 32 years. He was also a dedicated member of the Rotary Club in Waianae, Hawaii. Bill was a lifelong NY Yankees fan. He had a knack for reading, history, and cooking. Bill especially loved spending time with his family and friends. Survivors include his wife, Margaret Ellen O’Connell of Thomasville; son, Michael O’Connell (Maile) of China; daughters, Jean-Marie Macaulay (John) of Oregon and Wendy Wilbourn (Roger) of Thomasville; grandchildren Genevieve, Griffin, Erin, Matthew, Cory, Cameron, Shelby, and Kaci; great-grandchildren, Austyn and Harper; brother, Robert O’Connell (Diane) of New York; and best friend of over 70 years, Jack Nichols of Louisiana. A Celebration of Life will be held on Saturday, April 16, 2022. In lieu of flowers, donations can be made in Bill’s honor to the National Kidney Foundation (www.kidney.org).

The family of William Michael "Bill" O'Connell created this Life Tributes page to make it easy to share your memories.

Send flowers to the O'Connell family.