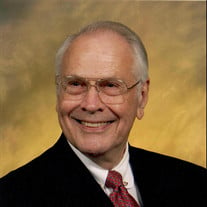 Mr. William Russell Raiford died on August 18, 2021. He was the only son of the late W. Frank Raiford and Clara Shepherd Raiford. He was born on May 21, 1930, in Valdosta, Georgia, but spent the majority of his first eighteen years in Thomasville, Georgia, graduating from Thomasville High School in 1948. He graduated from the United States Military Academy at West Point, New York, in 1952 and served with distinction in the Korean War. For that service, he was awarded the Bronze Star Medal and two Army Commendation Medals. Following his active military service, he served as IBM Liaison to the U.S. Air Force on the SAGE Project, which coordinated the air defense of North America with the Canadian Dew Line Defense System. He subsequently served as the IBM/Army Mobile Computer Coordinator during the Cuban Missile Crisis and then as the executive assistant to the president of IBM’s Federal Systems Division. Attendance at graduate schools at Rutgers University in international banking, at the Wharton School of Finance, at the New York Institute of Finance, at the Georgetown University in pure mathematics, and at the George Washington University in Russian language and literature enabled him to transfer into the stock brokerage and banking fields, while serving as an advisor to the Defense Intelligence Agency on Middle Eastern affairs. In 1981, he created his own investment counseling firm, Asset Management International, and merged it into the firm of E. F. Hutton and Company in 1985, where he served with that firm and subsequently merged firms, retiring from Smith Barney in 2001. He was a member of the Society of the Cincinnati and served as the organization’s president general from 1998-2001. A memorial service will be held at 4pm on Friday, September 24th at the First Baptist Church in Thomasville. A private family service will be conducted in the Old Cadet Chapel at the United States Military Academy at West Point, New York, followed by inurnment in the columbarium beneath the chapel. Mr. Raiford was predeceased by his wife of forty-four years, the former Mary Chase Berger, of Thomasville and Kansas City, Missouri. He is survived by his three sons and their wives, Richard Renz and Karen Raiford of Haymarket, Virginia; Dr. David Shepherd and Lisa Raiford of Brentwood, Tennessee; and Dr. William Postell and Dr. Kimberly Raiford of Hockessin, Delaware. His five grandchildren are Rachel and her husband Jordan Gill, Emily and her husband Daniel Topping, Michael, Jimmy and Nicole Raiford. He was also predeceased by his sister, Nell Raiford Brannon of Carrollton, Georgia, who passed away in February 2009. His niece, Margaret Brannon Haney and numerous grand-nieces and grand-nephews also survive.

Mr. William Russell Raiford died on August 18, 2021. He was the only son of the late W. Frank Raiford and Clara Shepherd Raiford. He was born on May 21, 1930, in Valdosta, Georgia, but spent the majority of his first eighteen years in Thomasville,... View Obituary & Service Information

The family of William Russell Raiford created this Life Tributes page to make it easy to share your memories.

Send flowers to the Raiford family.